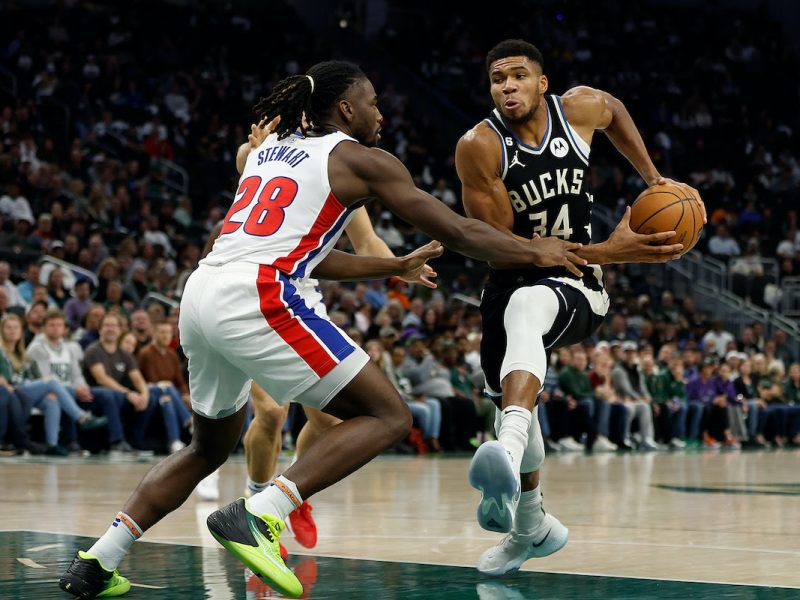 After two weeks of basketball, the Milwaukee Bucks are the lone undefeated team in the NBA. Milwaukee won its seventh straight game to open the season last night with a 25-point victory over the Pistons (116-91) thanks to another big night from Giannis Antetokounmpo (32 points, 12 rebounds, 4 assists, 5 steals, 2 blocks). It was the sixth consecutive 30-point outing for the Greek Freak. The Bucks’ 7-0 start ties the franchise record for the best start to a season (2018 & 1971). Four of their seven wins have been double-digit blowouts.

Herro Hits Game-Winner: Tyler Herro played the hero last night in Miami with a step-back 3 in the final seconds to lift the Heat over the Kings (110-107).

Luka’s Hot Start: Luka Doncic (33 points) made more history on Wednesday with his seventh straight 30-point game to open the season in the Mavericks’ win over the Jazz (103-100). He’s the first player since Wilt Chamberlain (1961) with seven 30-point games to open a season.

Lakers Top Pels in OT: Another LeBron James (20-10-8) vs. Zion Williamson (27-7-5) showdown in L.A. was worth the price of admission last night. The Lakers and Pelicans needed overtime before Los Angeles escaped with their second win of the year (120-117).