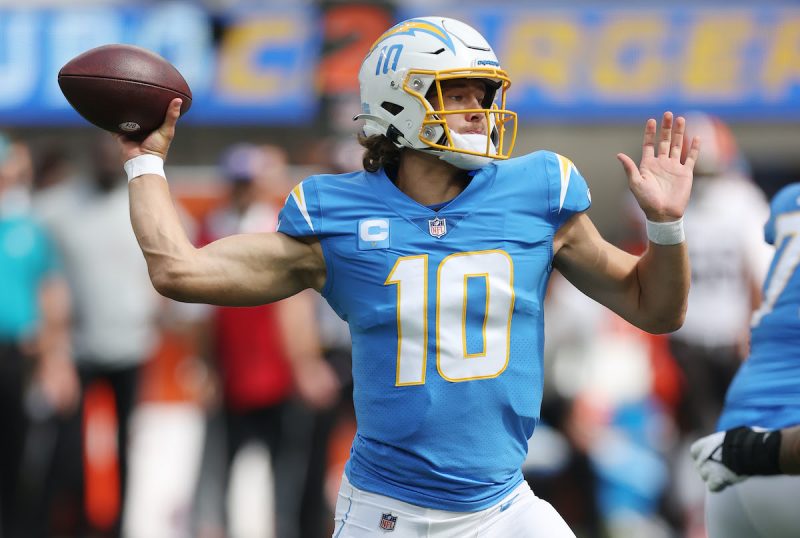 All the Top Stories, Highlights & Notes From Week 5 in the NFL

Another Sunday in the NFL delivered highlights aplenty for football fans. With too much to include in one section, we’ve got five of the top storylines that headlined Week 5, including a historically bad day for kickers despite two game-winning kicks. Here are all the top moments from Sunday:

Sunday saw an NFL record-tying 12 missed kicks across the league to tie the record for most missed kicks in a single week (Week 11, 2016). The good news? Two kickers ended games with a walk-off winner. Mason Crosby (Green Bay) and Nick Folk (New England) both hit game-winners.

Even with a right thumb injury, Tom Brady blasted the Dolphins defense for 411 yards and 5 touchdowns in Sunday’s 45-17 win. Brady leads the league in yards (1,767) and touchdowns (15) with just two picks. The Bucs are now 4-1.

The Cardinals held the 49ers and rookie QB Trey Lance to just ten points on Sunday in a 17-10 win within the NFC West. QB Kyler Murray found WR DeAndre Hopkins for a 4th-quarter touchdown that sealed the win, and the Cardinals are the league’s only remaining undefeated team (5-0).

The game of the day was undoubtedly Chargers-Browns where quarterbacks Justin Herbert (26/43, 398 yards, 4 TDs) and Baker Mayfield (23/32, 305 yards, 2 TDs) went blow for blow. Herbert also ran for a TD. Both teams combined for 41 points in the fourth quarter of an epic thriller before RB Austin Ekeler scored the game-winning TD inside two minutes.

NFL: Seven Teams at Risk of Falling Apart Due to Injuries, Weaknesses & More