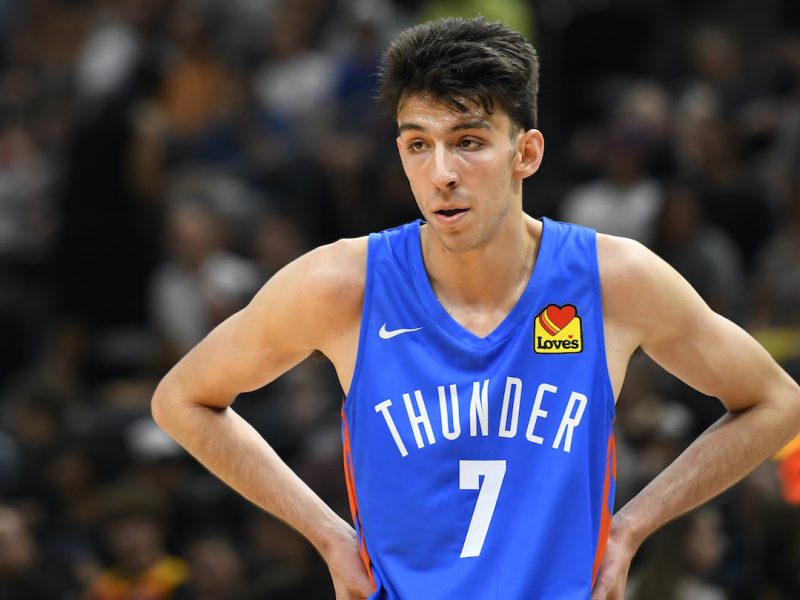 We’re two months out from the start of the 2022-23 NBA season, but the Oklahoma City Thunder have already taken a loss. Rookie Chet Holmgren, the No. 2 overall pick, suffered a foot injury two days again during a pickup game in Seattle. He was defending LeBron James when he came down awkwardly. A later diagnosis revealed a Lisfranc injury — or a ligament tear.

“Certainly, we are disappointed for Chet, especially given the excitement he had about getting on the floor with his teammates this season. We know Chet has a long career ahead of him within our organization and the Oklahoma City community.” — Thunder GM Sam Presti

The injury — which occurred two minutes into a pro-am game — raised discussions about NBA players participating in offseason pickup games. Former NBA player Jamal Crawford, who hosted the event, canceled the game at halftime due to floor conditions. However, stars have participated in recreational games throughout league history. Holmgren’s injury could lead to more teams cracking down on offseason player activity.

Yahoo! Sports: What Chet Holmgren’s Injury Means for the Thunder This Season