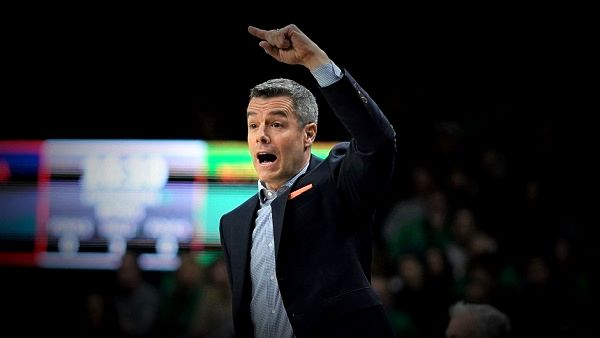 Tony Bennett was done in Charlottesville.

After his Virginia team landed the No. 1 overall seed in the 2018 NCAA Tournament, they fell to 16-seed UMBC, hard. An upset is an upset, but this was one of a kind; a 20-point thrashing at the hands of the University of Maryland – Baltimore County on the biggest stage in college basketball. Tony Bennett was going to be fired after this…

With three 30-win seasons from 2013 to 2018, Bennett was one of the great up-and-coming coaches in college basketball. He had the Cavaliers in title talks every year, but never delivered.

He took UVA to the NCAA Tournament six times in seven seasons. In four of those appearances, the Cavaliers were a 2-seed or better. They never reached the Final Four.

Carla Williams became UVA’s new athletic director in October of 2017. She was the first African-American woman to become an A.D. at a power five school, and she was (and is) adored by the Virginia athletics community.

She was six months in when the UMBC debacle brought Charlottesville down. Calls for Tony Bennett’s firing came loud and fast, but Williams wasn’t about to make a hasty decision and let go of a great coach in her first year. Instead, she rallied around Bennett and backed his leadership. When asked about keeping Bennett last spring, she referenced his post-game interview, and offered a warning about the upcoming season.

“To see Tony’s comments after the game, it just further solidified the fact that, ‘Wow,’ what perspective, what a great leader, mentor, role model. For him to react immediately in the aftermath of that the way he did was great for the players. I wouldn’t want to be one of our opponents next year. That’s a different kind of motivation.”

Virginia returned 10 of 13 players from a season ago, each carrying the weight of the most historic upset in college basketball. Kyle Guy, De’Andre Hunter, Ty Jerome, Mamadi Diakite, and Jack Salt. They were all part of the upset bid, and all keys to the 2019 National Championship.

One year ago, Virginia fans called for Tony Bennett’s job. On Monday night in Minneapolis, they chanted his name as he slapped the word “Virginia” on the final line in the bracket. “To-ny! To-ny! To-ny!”

“If you learn to use (the adversity) right, it will buy you a ticket to a place you could not have gone any other way.” – Tony Bennett