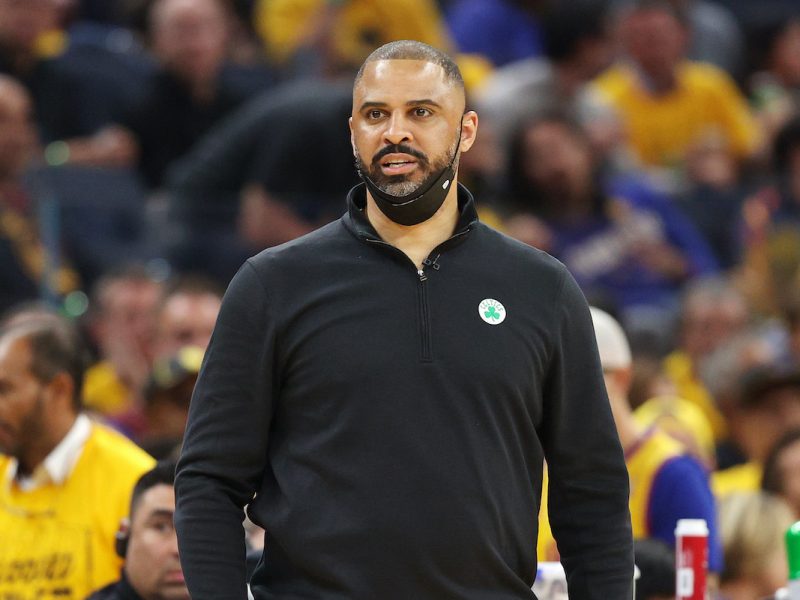 After just one season as a head coach, Ime Udoka was immediately lauded as one of the league’s best for helping turn the ship around for the Celtics and leading them all the way to the Finals. Today, he is now painted in an entirely different light, as he has been suspended for the entire 2022-23 season for having an affair with a female member of the team staff. Assistant coach Joe Mazzulla will step in for Udoka as the interim head coach in his absence.

The season-long suspension was handed down directly from the Celtics organization themselves, not the NBA, which is unprecedented in terms of an internal punishment for a head coach without being fully fired. Even though Udoka hasn’t been fired yet, the Celtics stated that they will make a decision about his future once the suspension is over, so it remains a possibility that his days leading the way in Boston are over.

Capping off a Disastrous Summer

Fresh off of a Finals berth, the Celtics greatly improved their roster by bringing in veterans Malcolm Brogdon and Danilo Gallinari to round out an already stellar roster that was two wins away from a championship. After the additions, many viewed Boston as the favorites to win the title heading into the 2023 season, but these past few weeks have been tumultuous to say the least. Danilo Gallinari tore his ACL in Eurobasket last month and is out indefinitely, and Robert Williams underwent another knee surgery a few days ago that will keep him on the shelf for the start of the season. Those injuries along with their head coach being suspended a week before training camp begins bring on many questions about whether or not they can live up to championship expectations with all of the injuries and internal turmoil surrounding them.

NY Post: Ime Udoka not Expected to Resign in Wake of Celtics Scandal