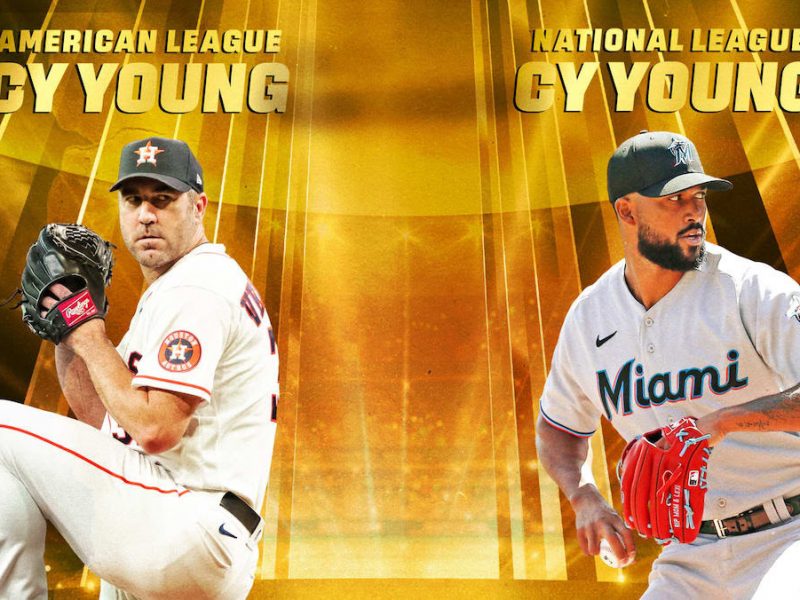 MLB awards week rolled on with Wednesday’s announcement of the Cy Young winners. Justin Verlander (AL: Astros) and Sandy Alcantara (NL: Marlins) were both unanimous winners. Verlander was finally able to get that elusive World Series victory to cap off his Cy Young campaign, while Alcantara was the king of the complete game in 2022. It was the first time both Cy Young winners were unanimous selections since 1968.

The 39-year-old Verlander turned heads in 2022 with a comeback season for the ages. After returning from Tommy John surgery, JV showed no signs of aging as he helped lead the Astros to the World Series, becoming just the 11th pitcher in MLB history to win the award three times or more. He’s also the fifth-oldest pitcher to win the Cy Young. Verlander posted the lowest ERA (1.75) by an AL pitcher since 2000 (Pedro Martinez). He finished with a record of 18-4 with 175 Ks.

The 27-year-old Dominican Republic native delivered Miami its first-ever Cy Young award with a league-high 228-plus innings. His six complete games were the most seen in the majors since 2016. He ranked top five in the NL in all major categories — ERA (2.28), strikeouts (207) and starts (24). He finished with a 14-9 record.