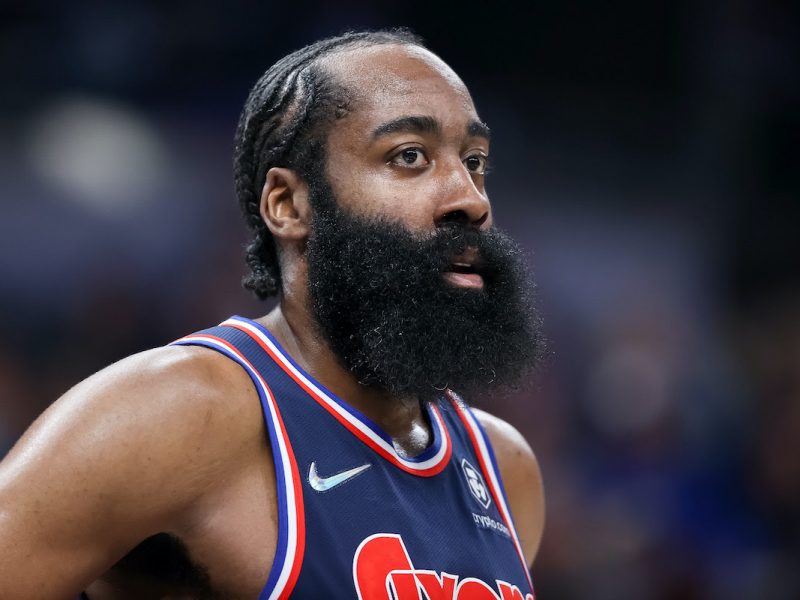 The NBA Stars Facing the Most Pressure in the 2022 Playoffs

The NBA Playoffs are where we see players’ legacies unfold in real-time. Over the years, we’ve seen legends rise to the occasion to stamp themselves as a basketball great. We’ve also seen the other side, where major shortcomings forever leave a stain on the reputation of certain players and teams. Here are the NBA stars who have the most to lose during these playoffs.

The Utah Jazz seem to be stuck in the same spot they’ve been in for the last 5 years. No matter how successful they are in the regular season, they fall apart when faced with the slightest bit of adversity. Their inability to develop into a true contender has seemingly caused some major friction between Donovan Mitchell and Rudy Gobert, which could lead to the duo breaking up if they don’t perform during this postseason.

The two Utah stars are polar opposites in terms of playstyle, and it’s resulted in tons of subtle jabs thrown by each of them for quite a while now. Rudy Gobert has proven to be a generational rim protector, winning three Defensive Player of the Year awards in the last five seasons. On the other side of the ball, he is severely limited and struggles to create any sort of offense on his own. Donovan Mitchell on the other hand is one of the elite offensive players in today’s game, as his combination of supreme skill and athleticism makes him a lethal scorer and playmaker. Despite being physically gifted, he hasn’t progressed into becoming an above-average defender at this point in his career. Gobert still needs to be spoon-fed on offense, and Mitchell can’t stay in front of his man, which has seemingly caused the duo to grow sick of each other’s weaknesses.

After back-to-back disappointing playoff exits at the hands of the Nuggets and shorthanded Clippers, Utah has a seemingly light first-round opponent in the Dallas Mavericks, as Luka Doncic is out indefinitely with a calf strain. If Doncic misses a good chunk of the series and the Jazz can’t get by Dallas, expect either Mitchell or Gobert to be in a different uniform at the start of next season.

Despite Chris Paul proving he’s still one of the best point guards in the league at age 36, father time is undefeated, which means that he better not squander the best chance he’ll ever get at a championship.

Last year, the Suns were a great story, making a surprise run to the Finals. Not to take anything away from their great run, but major injuries from each team they faced in the Western Conference played a significant role in them getting as far as they did. After being defeated by the Bucks in six games, it seemed like the Suns missed a once-in-a-lifetime chance at winning it all.

However, the Suns responded in a big way this season, winning a franchise-record and league-best 64 games this season to secure the top seed in the NBA. Their core is back and better than ever after two seasons together, and CP3 is now in a position he’s never been in before- His team is the clear-cut favorite to win it all.

In his early years, the Hornets were never really a true contender. During his Clippers and Rockets days, his teams were always a tier below the Heat and Warriors dynasties. But in his 17th season, Paul’s Suns stand alone as the top dog in the league. With no other dynasty or superteam in sight, it’s now or never for CP3 because his window can close at any moment.

To say that there is pressure on James Harden this year’s postseason is an understatement. For starters, he forced a midseason trade for the second time in two seasons, as Philadelphia gave up Ben Simmons and some important rotation pieces for him. Without the likes of Seth Curry and Andre Drummond, the Sixers are extremely hollow in terms of depth, and are going to be leaning heavily on Harden to give Joel Embiid the support he needs for them to succeed.

Despite the Sixers needing everything they can get from him, Harden has struggled offensively all season long, shooting just 41% from the field. Ever since he injured his hamstring during last year’s playoffs, he hasn’t looked quite the same compared to years past. The explosive burst that he used to blow by defenders for so many years is seemingly gone, and the all-time great isolation scorer now struggles to break down his defender. This has resulted in shockingly low-scoring performances from the beard this year, as he failed to total a 40-point performance this season for the first time since 2011.

These struggles couldn’t have come at a worse time for him, as he is eligible for a potential 5-year supermax extension in the range of $270 million(!) during the offseason. With him turning 33 this summer, his shooting woes this year rightfully leave Philadelphia wondering if it’s worth paying him that kind of money into his late thirties when it looks like his best days may be behind him.

To top it all off, Harden is one of the most scrutinized playoff performers of all time, as he has built a reputation over the years for disappearing when his team needs him the most. He’s also bringing his reputation to the city of Philadelphia, one of the toughest and most demanding markets in all of sports. They recently booed Ben Simmons out of town, and will have no problem doing the same to Harden if he doesn’t perform.

Essentially, James Harden has to conquer his reputation as a playoff choker and help lead the Sixers to a deep playoff run during a season where he hasn’t looked like himself at all in order to get a potential $270 million contract. And if he falls short like he’s done so many other times in the postseason, the entire city of Philadelphia will never let him hear the end of it. How does that sound for pressure?