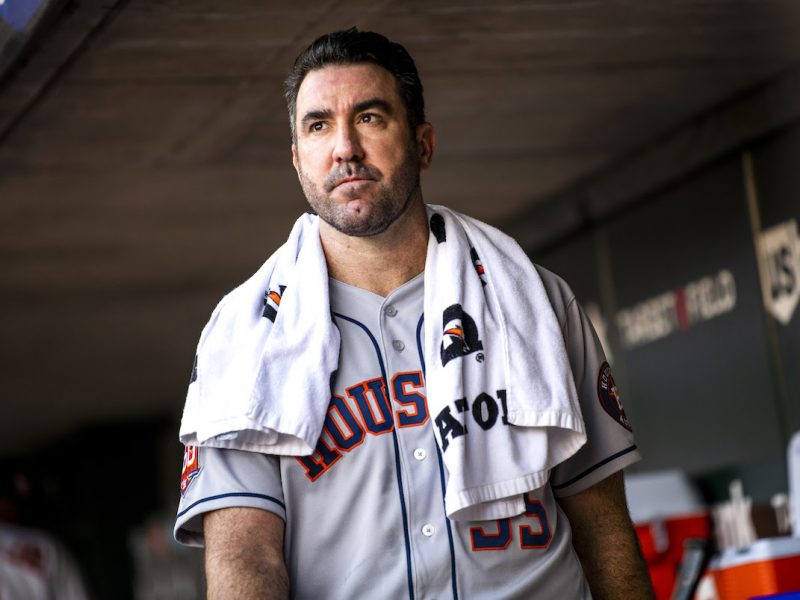 As if these honors weren’t enough, he won a World Series with the Astros in 2017 and was named an All-Star eight times. He threw no-hitters in 2007, 2011, and 2019. He boasted 3,013 career strikeouts and the most rWAR of any pitcher this century. Like I said, plenty to be proud of. A Hall of Fame resume if there ever was one. But Verlander wasn’t going to stop there. He wanted more.

Fast-forward to today and we see Verlander cementing his Hall of Fame spot despite the odds not being in his favor. When you look at a 39-year-old pitcher coming back from Tommy-John surgery, you don’t expect one of the best pitchers in the league. But if you say the name Justin Verlander after that description, it makes perfect sense. A 39-year-old doesn’t traditionally lead the American League in innings pitched (78.2 to be exact), but Justin Verlander doesn’t do things traditionally.

Baseball fans become frantic when they hear their team’s star picture is getting Tommy-John surgery due to the mixed results and unpredictable outcomes of their pitching as a result. Many pitchers have a difficult road to recovery, and their game is irreparably damaged. Of course, this is not the case for every player. It is extremely rare, but some pitchers return seemingly without missing a beat, sustaining only minor changes to their game.

Verlander is one of these cases. His fastball still averages the same as when he won the Cy Young award in 2019 before his surgery: 94.7 mph. This same fastball is also currently holding opposing players to a 0.146 batting average, the lowest in the league for this statistic.

Clearly, Verlander knows that this is a strength he has retained, as he has become more aggressive with his fastball by throwing it higher. He’s averaging 3.01 feet off the ground, the highest in his career. This aggressive pitch is high-risk, high-reward, but Verlander is certainly reaping the rewards, forcing batters to go 3-for-32 when he throws it. Despite his new-and-improved fastball, Verlander’s slider and curveball have lost 0.6 mph and 1.3 mph of velocity, respectively. However, this slight dip in speed doesn’t appear to have caught up to him yet.

In his comeback season, Verlander is 8-2 with a 1.94 ERA and a 0.814 WHIP. These numbers are vastly different from what anyone expected of him. Following his surgery (and his 39th birthday), expectations were modest. Now, he has the 6th lowest ERA in the league and the lowest WHIP. Upon his return, it was clear that he felt he still had something to prove. To whom? I don’t know. Maybe himself. Maybe it was every baseball fan who set low expectations for him. We may never know, but we do know he’s shattering every expectation set forth.

All that is left to evaluate is how long he can keep this up. For a pitcher who will be 40 next year, skepticism is high, but Verlander seems to thrive off of doubt. Just last year, he wondered if he’d ever pitch again. Now, he’s crafting his own comeback story, on his own terms.