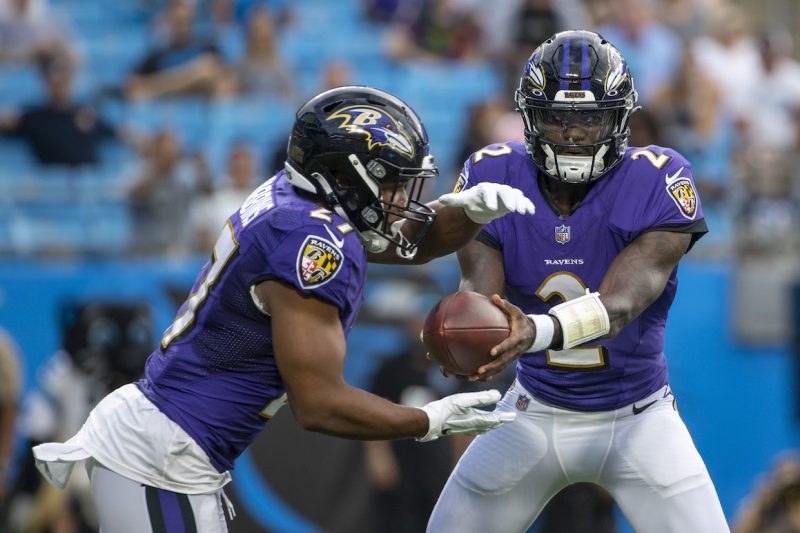 Week 2 of the NFL’s 3-week preseason slate is in the books, but history was made on Saturday when the Baltimore Ravens beat the Carolina Panthers (20-3) to register their 19th straight preseason win. The Ravens tied Vince Lombardi’s Green Bay Packers for longest preseason win streak (1959-1962). No NFL team has strung together a preseason streak this long in the Super Bowl era (since 1970). Even more impressive? John Harbaugh’s squad blew out the Panthers with third-string QB Tyler Huntley taking 100 percent of Saturday’s snaps. They haven’t lost a preseason game since Sept. 4, 2015, and they’ll go for the record-setting 20th win next Saturday (Aug. 28) against Washington (6:00 pm ET).

Trubisky Returns to Chicago: Mitch Trubisky’s Chicago reunion may have only been a preseason game, but the former Bears quarterback shredded his old team to the tune of 20/28, 221 yards and 1 TD on Saturday. The Bills’ second-stringer was the star of the game as Buffalo crushed Chicago (41-15).

Wentz Back at Practice Early: Great news for Colts fans… Indy’s new quarterback, Carson Wentz, is already back at practice today after undergoing foot surgery less than two weeks ago. His initial timetable suggested he might miss 4-6 weeks of the season. Now, it looks like he could be ready for Week 1.

Lance Lurking for 49ers Job: The 49ers’ No. 3 overall pick has looked impressive in his first two preseason games. Sunday’s win over the Chargers (15-10) featured another 2-TD performance from Lance while incumbent starter Jimmy Garoppolo was just 3/6 for 15 yards and 1 INT.

Tua Takes Steps Forward: After early criticism in his rookie campaign, Dolphins second-year QB Tua Tagovailoa looked impressive in Miami’s Week 2 win. He went 16/23 for 183 yards and 1 TD in a 37-17 win over the Falcons.

Zach Wilson Shows Off Arm: The Jets are now 2-0 in the preseason after beating the Packers (23-14) on Saturday, and rookie QB Zach Wilson dazzled with his arm strength and drew praise from Aaron Rodgers after a solid start (9/11, 128 yards, 2 TDs).