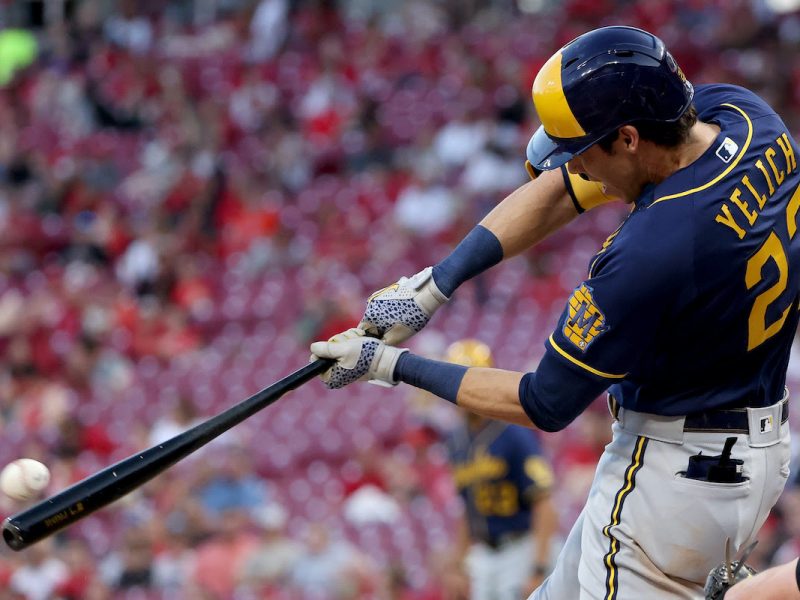 Brewer on a bike! Christian Yelich made history on Wednesday night in Cincinnati despite the Brewers’ loss to the Reds (14-11). The former MVP hit a double in the 1st, a 3-run homer in the 3rd, a single in the 5th and a triple down the right-field line in the 9th. Yelich’s third-career cycle puts him in elite company. He’s the fifth player in league history with three cycles since 1901 when the stat was tracked (Trea Turner, Adrian Beltre, Babe Herman and Bob Meusel). No player has more than three. Ironically, all of Yelich’s career cycles have come against the Reds. Yeli finished the night 4-for-5 with 3 RBIs and two runs scored.

Arcia’s Atlanta Walk-Off: Orlando Arcia stepped in as the DH for the Braves in the bottom of the 9th in a 3-3 game to smash a 2-run walk-off homer. Braves beat the Red Sox (5-3).

Start of a New Story: In the same game, Trevor Story hit his first run in a Red Sox uniform after a slow start to the season. He’s hitting just .206 on the year, but seeing one clear the fence could ignite the next chapter.

McClanahan Ks 11: After all the Angels history in this week’s series against the Rays, Shane McClanahan gave Tampa Bay reason to smile. The Rays’ lefty fanned 11 batters through seven scoreless innings to get the Rays a 4-2 win in SoCal and avoid the series sweep.